During our wet holiday last week we did manage to eat out at a Rick Stein establishment. I’ve always wanted to eat at a  Rick Stein restaurant (odd maybe for a confirmed non-fish eating vegetarian!) as he’s always seemed like a nice, fairly laid back chap who cooks some great honest, flavoursome food. Since we were staying near Padstow and Rick Stein seems to own half the place it seemed the perfect opportunity.

We had wanted to take the ferry from Rock, have an early evening wander around Padstow and then possibly eat at The Rick Stein Cafe – we were en famille after all and didn’t want a too fancy (or expensive) restaurant. But, due to some rather bad organisation we got the timing wrong and missed the last ferry – d’oh! So we decided on a drive to Rick’s pub The Cornish Arms in fairly nearby St Merryn.

The pub was modern, welcoming and full of families on a Thursday evening. The seafood looked great and everyone seemed to be really enjoying it. We must have been the only table with two non-fish eaters and a further one who’d rather not!!

The vegetarian options were extremely limited (it is a British pub after all), with a choice between a Ploughman’s or a blue cheese, tomato and rocket tart. For me a Ploughman’s is a lunch-time dish so I opted for the tart, and I have to say it was a big disappointment, even by pub standards. It consisted of a square of puff pastry topped with some blue cheese, four very undercooked and low-on-flavour tomato halves (not peeled) and a little pile of rocket leaves – that was it! Not impressed…

D had the special of pork chops with mash and gravy. It was a huge portion and he said the gravy was lovely and the mash ‘fine’ but one pork chop was frazzled and tough and the other more on the pink side than you want to go with pork. It was the very last portion which may explain it, but again, not hugely impressed.

However, everything was much better for the girls. The waiter took our food concerns most seriously, retreated to the kitchen and came back saying they could have four out of the six options available – an amazing amount of choice for us! He even made sure he personally notified the chefs when our order went through to be extra careful. We hadn’t asked for this level of attention by the way.

Big S had her favourite of sausage and chips – not exactly haute cuisine but eating out is about having what you really want isn’t it? Little S had a wholesome slab of grilled cod with chips – certainly the best dish on the table and much enjoyed. Also, much to our delight there was egg-free sorbet on the pudding menu – so for once (almost a first for us!) we managed to all have pudding too.

Both girls ate safely and enjoyed the meal out. It was really the excellent service that made it a good evening out (plus we’d probably have loved the food if we were fish eaters). On that basis alone I would say it was a successful meal and we left a happy family :-).

I’m kinda hoping that this section gives us an excuse to eat out more and be more adventurous when we do dine away from home. Brief reviews will follow…

I’m sure eating out has its difficulties for all families, but for the family with allergies it can be a stressful nightmare. There are certainly not many of those ‘oh we just happen to be out, let’s grab some lunch’ occasions. Any meal out has to be pre-vetted via the internet or simplest, most allergy friendly fare must be available. Even so, we spend the whole meal time vigilantly checking for possible signs of hives, wheezyness and other symptoms, hardly taking a moment off to eat our food, let alone relax!

Some chains have always been excellent with providing for our needs, notably Nando’s (and surely everyone loves Nando’s), Giraffe and Pizza Express. But you don’t always want to eat in a chain restaurant

Ironically, while hardly gourmet, most pubs seem to be able to offer something – ham, chips and peas are normally available and usually safe (although always check for possible coatings on chips, butter on the peas and allergens present on the ham!) – although this is hardly exciting or particularly nutritional. Throw a pesky veggie (me) into the mix and pubs really aren’t the best place to eat unless you fancy yet another frozen veggie lasagne or goats cheese and red onion tart!

Vegetarian/Vegan cafes would certainly appeal to me but fail as a family destination due to the presence of nuts and seeds. Besides, its very important to be aware that vegan isn’t necessarily suitable for a completely dairy-free diet – it seems that ‘may contain traces of milk’ are acceptable in a vegan diet but certainly not for the dairy allergic (in my experience).

Anyway, we’re off on holiday to Cornwall for a few days. The weather looks like it’ll be shockingly bad, but we’re looking forward to some family fun. Hopefully we’ll  eat out at least once – I am hoping for a Rick Stein establishment in Padstow – I’ll report back with a review. 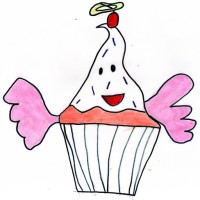