Tesco’s once again comes up trumps with an allergen free cocoa powder.
I’d been buying cocoa powder in Marks and Spencer as it was the safest I’d found but it is still ‘made in a factory that uses milk’. Now Tesco will be the favoured supermarket (again) for cocoa powder… The only warning on the pack is that they cannot guarantee that the ingredients are nut free (although the recipe contains no nuts), but then again that applies to all products.

Update (Oct 2012): I haven’t been able to find this cocoa powder for a while. The only one available from Tesco’s own brand now seems to be the Everyday Value Fat Reduced Cocoa Powder. Bizarrely, this cocoa has no allergy advice on the container – nothing to suggest it does or does not possibly contain milk or nuts. I was a bit nervous to use it, and even phoned the manufacturers. They have confirmed that it is free from any allergen 🙂 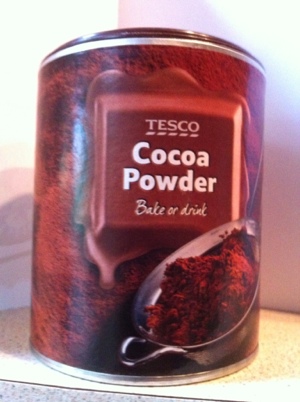 As I mentioned, summer has suddenly arrived in the UK – at last, some might say! So thoughts turn to ice lollies, especially if you’re a child and especially if most ice creams are out of the question.

I know the girls will be hot and need cooling off when they get home from school today, so I spent ages looking around the frozen foods aisle in Tesco’s for suitable ice lollies (popsicles if you’re American). It was all rather depressing…. the ONLY ice lollies that I found which my girls could eat were some of the Tesco own brand range, including:

Out of ALL the other lollies I looked at they either contained milk protein, warned ‘may contain’ milk or ‘may contain’ nuts. The ‘may contain’ I understand as it’s a legal protection when the same production line is used for different products. But the “contains milk protein” tag – and I’m looking at you Del Monte 100% Juice – how on earth can a 100% fruit juice ice lolly contain milk protein? It’s been a while since I studied maths but my understanding of 100% means that there is nothing else in it?

So, ice lollies to avoid:

Ice Lollies that may contain nuts

Obviously there are other brands out there that I didn’t come across today, and I will update this list.

UPDATE: Although not available in Tesco’s, the New Forest Ice Cream Brand is available in a lot of places where you might like to buy an ice lolly in the South of England. Of their ice lollies, the safe ones for us (no milk or nuts) are:-

The Chilly Billy Brand is also allergen free and is available in the following flavours from Nando’s and Goodness Direct as well as some smaller independent shops (although due to the natural quality of these lollies they are rather icy rather than sugary!)
UPDATE 2: Sainsbury’s also proved to be rather good at providing allergen-free ice lollies in their own brand range. The following were all suitable:-

In the meantime, once again well done Tesco‘s for making the only ice lollies we can buy – I do hope they are nice! 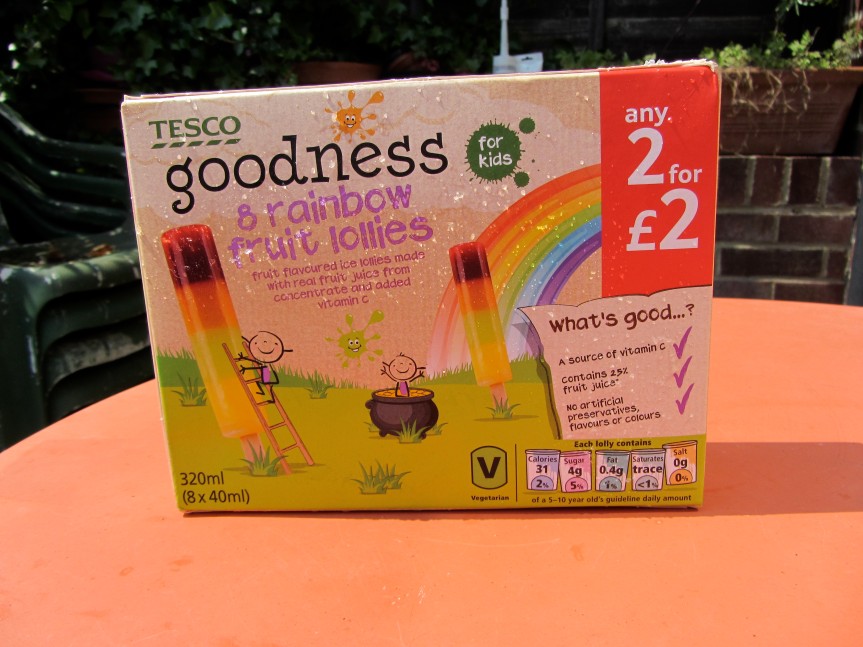 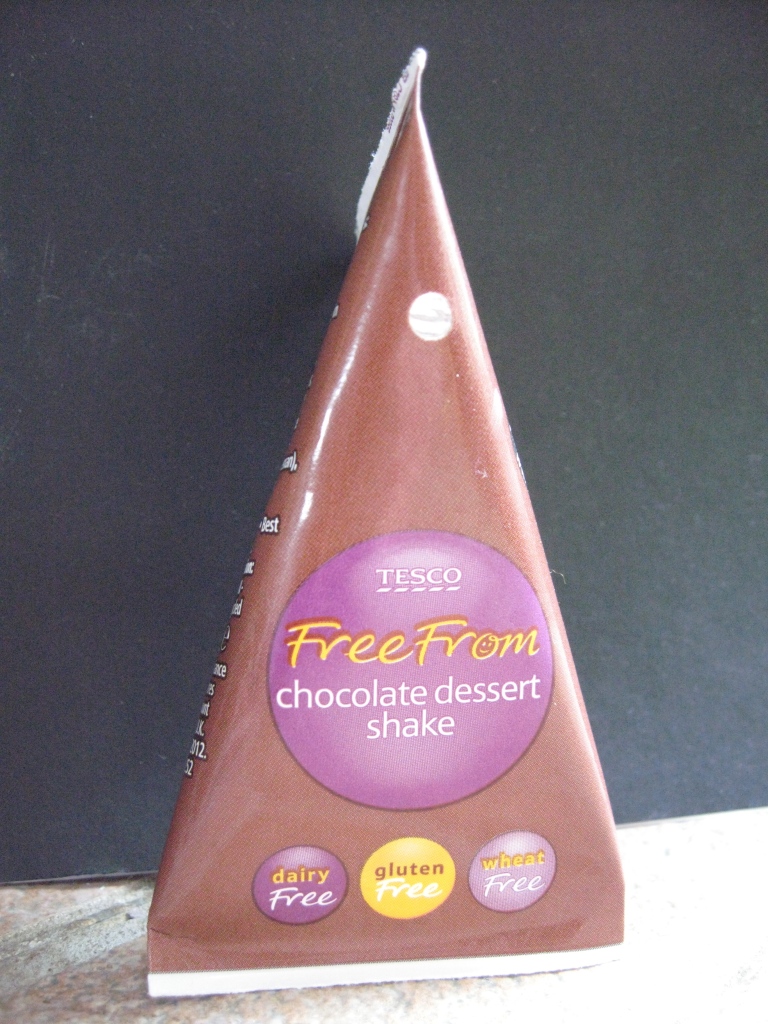 Another fab product from the new Tesco Free From range. These lunch-box sized ‘pudding shakes’ are a bit thicker than a milk shake, but drinkable rather than in pudding form. They come in chocolate or vanilla flavour and certainly fill a gap in the dairy-free portable pudding area. My girls loved them and they proved a huge hit (even with the non-dairy-free members of the party) at our picnic last weekend.

It’s just so nice to discover new dairy-free products that are child-friendly, rather than rather serious and lacking in fun because they’re made for a ‘special diet’.

So, today’s exciting monday morning task was the weekly shop. My choice was Sainsbury’s (I like a bit of variety) and as I was intending to write about the availability of ‘special’ products I read a LOT of labels.

I have to say that Sainsbury’s is far inferior to other supermarkets in the availability of suitable products. Breads are almost completely out of bounds to the dairy/nut/egg/sesame free household, other than well known ‘safe’ brands. Biscuits/crisps/convenience foods are the same. In fact, there aren’t many Sainsbury’s branded products that are suitable, except for the ‘Free from‘ mint chocolates which are an absolute delight (do buy them, other mint chocs are unsuitable) and give us a family friendly after-dinner treat.

One of the real challenges of catering for allergies is finding suitable ready made products in the supermarket without spending hours walking up and down aisles, reading virtually every label. Here I’ll make a list of all the suitable products I have found (and where to buy them) and also brands/types to avoid. This will be a constantly evolving list – please be patient!

Bread is rather difficult if you are sesame allergic – it will never be possible to buy from in-store bakeries as the risk of cross-contamination will be too risky. It also rules out most bagels, pittas and burger buns.

Milk is likely to be present in many soft rolls, and egg is often used as a glaze. These are some of the safe brands…

It seems that the cheaper the brand of biscuit, the more likely it’ll be dairy-free. I guess the butter/milk add considerably to the cost of production.

Crackers
Crackers that are free from dairy, egg and sesame are particularly difficult to locate.

Breakfast Cereals
The main problem with cereals is the risk of ‘traces of nuts’, but milk can also be present so do be sure to read the ingredient list. I’ve found that Kellogg’s is better than Nestle – in my experience you might as well not even bother checking Nestle cereals and just stear clear! The following are all ‘safe’….

Be careful as most margarine contains milk!

Eating at The Ivy with allergies