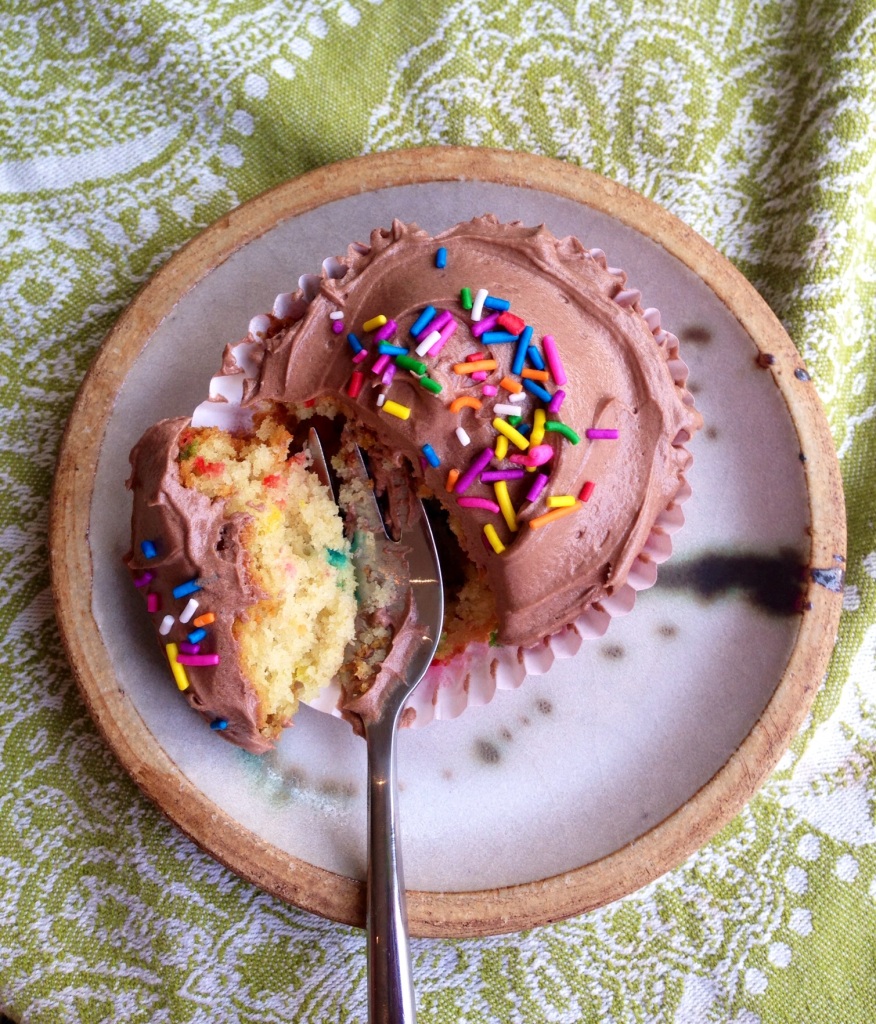 I’m in the habit of making cookies or cakes for the girls’ classes on a Friday. I normally make them for little S as another mum has always made them for Big S’s class and I’ve never wanted to step on any toes. Anyway, for this week, little S requested cupcakes rather than the usual cookies. I don’t need much convincing to whip up a batch of cupcakes 😉

I’ve only ever come across the concept of funfetti cupcakes online before – (they’re not something you come across in the UK) but they do sound fun, and a little step outside the ordinary.

So here’s a recipe for funfetti cupcakes which I flavoured with raspberry essence rather than the usual vanilla , topped with a chocolate buttercream and more sprinkles – they were a big hit! What’s not to like?

– Place liners in a cupcake tray

– Sift the flour and salt into a bowl. Stir in the sugar.

– In a separate bowl, mix together the oat milk, bicarb, lemon, vanilla and oil.

– Pour the wet ingredients into the dry and gently mix, until well combines.

– 2/3rds fill the liners and bake for 18-20 minutes, until lightly golden and a knife comes out clean.

– Ice with chocolate buttercream and decorate with more sprinkles/funfetti