I hadn’t thought about Baked Alaska for years and years, at least until last year’s Great British Bake Off which challenged the contestants to make one. This resulted in scandal and newspaper coverage as one contestant left another’s out of the freezer, to a sorry fate of melting on the side board. Not really newsworthy you may say, well maybe not, but all the same a little light relief on the news front compared to normal.

So I hadn’t thought of Baked Alaska for ages – it’s such a 1980s pudding isn’t it? But that show made me feel sad that I’d never be able to create one for my girls to try; Italian meringue was certainly out of my reach this time last year. I even though of trying to create a hollow meringue ‘mountain’ to stuff full of ice cream to give a similar effect, but even that wouldn’t have given the results I wanted. So Baked Alaska was shelved. Until now!

Since my success with aquafaba and a particularly successful Italian meringue for lemon meringue pie, the time to try Baked Alaska had arrived.

And what a winner. The results are stunning, with piles of lightly browned fluffy billowy white Italian meringue coating cool ice cream and rich chocolate sponge – my girls declared it “the best pudding ever”! And that’s quite high praise, as you might have noticed a fair few puds on this blog!

Clearly this can’t be assembled in advance, but the ice cream can be moulded and left in the freezer until ready, the chocolate loaf can be baked and ready to cut into discs and the Italian meringue will, at a push, sit happily in the fridge over night. It is a bit of a faff, well, several processes, but if you want a knock-your-socks-off ‘wow’ kind of delicious pudding, then this is the one to go for. 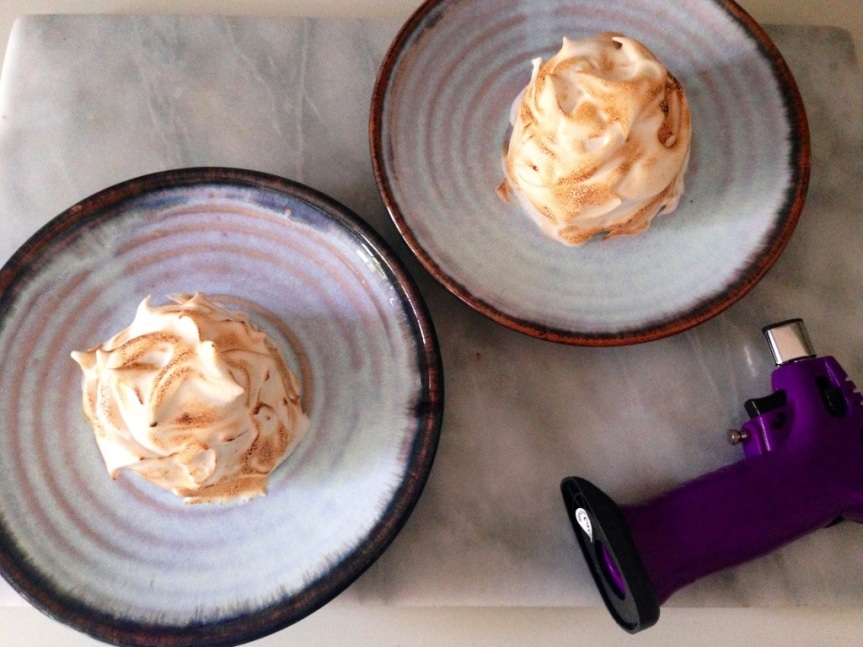 – Melt together the remaining 1/4 cup chickpea water (or use water instead) and sugar and bring up to 242-248 degrees F/116-120 degrees Centigrade. If you use the chickpea brine to make the sugar syrup you may not get to the required temperature as it will start to caramelise, so as soon as it starts to turn golden, it’s time to use it.

– With the stand mixer on medium, slowly drizzle in the hot syrup into the meringue mix

– Turn up to high for a minute or two until you have piles of white glossy clouds of meringue, beat in the vanilla 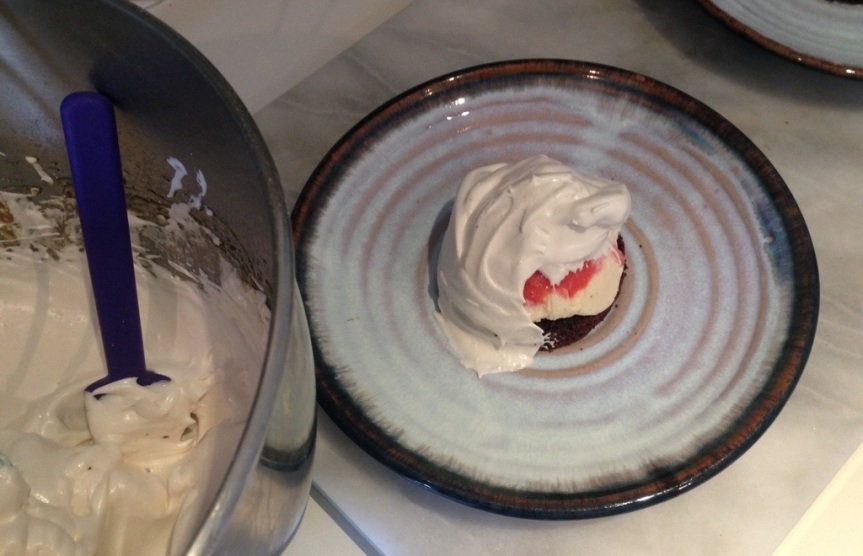 To assemble [just before serving or the ice cream will melt!]: