September means one thing – back to school and the end of the summer. Well, that’s not all actually, it’s house spider season (eek!) and the evenings getting rapidly colder and darker. Doesn’t sound like much fun does it?!

To smooth over the first day back at school I made a batch of these rather more-ish and delectable cookies, freshly baked for the return from school. Snickerdoodles don’t feature in the UK but I really wonder why – these soft and yet crispy beauties coated with sugar and cinnamon are an absolute delight and it’s certainly hard to stop at just one 😉

This recipe was inspired by, and adapted from one that appears in Vegan Cookies Invade the Cookie Jar 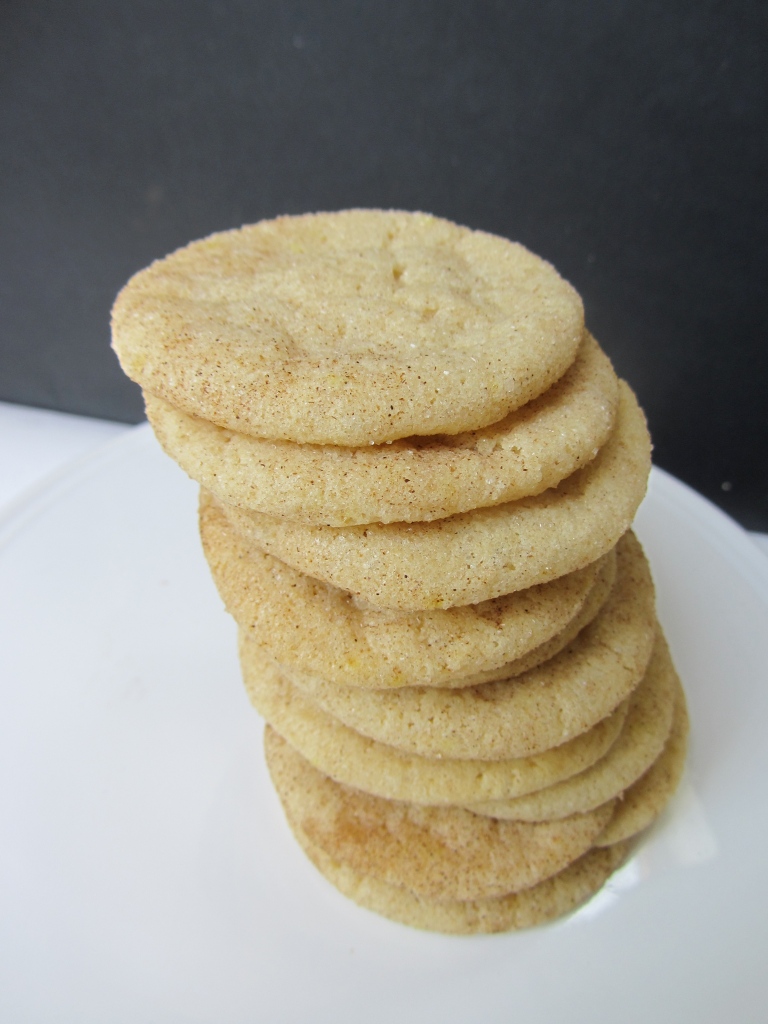 – Cream together the dairy-free spread and sugar until light and fluffy.

– Whisk in the oat milk and vanilla.

– Sift in the flour, baking powder, cinnamon and salt.

– Beat the mixture until it forms a soft dough.

– In a shallow bowl, mix together the sugar and cinnamon.

– Scoop heaped tsp sized balls of dough and gently roll into balls. Toss in the sugar/cinnamon mix and place, well apart, on the lined baking sheets.

– Cool on the baking sheets for ten minutes before moving to a wire rack.

6 thoughts on “Back to School Snickerdoodles”

Franco Manca – turns out it’s a good choice for allergies