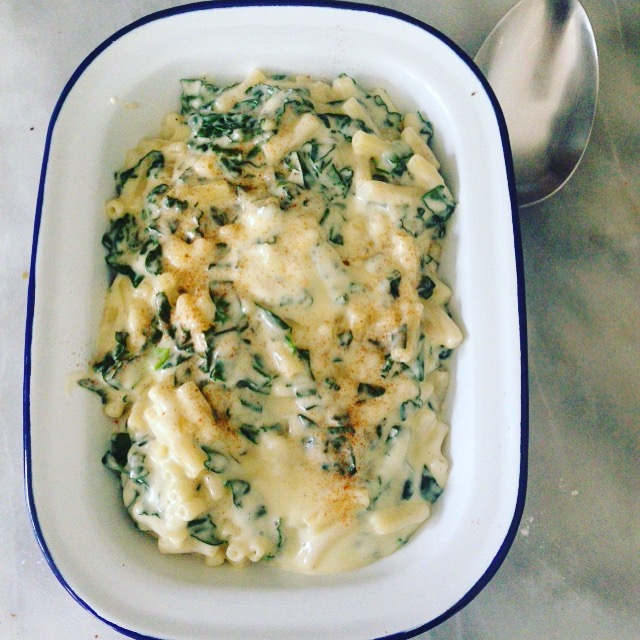 Pasta can be quite dull when you’re dairy-free – beyond tomato or bolognaise style sauces so many include some form of dairy or egg. You do come across many vegan Mac and cheese recipes that rely on vegan cheese but I find it has an unpleasant overpowering flavour – like it’s trying too hard to be ‘cheesy’ without any of the salty umami flavour you get from real cheese. I eat cheese, in fact I love cheese, so most of these replacements just don’t pass muster – they’re just not very nice. Even my girls who have never touched real cheese can’t stand most dairy-free versions, and find the flavours unpleasantly overpowering. They like mild tofutti but don’t even try with a mature cheddar style!

In fact it’s probably a bit like fake meat as far as I’m concerned – why would you want to eat a fake version of something? If on the other hand you want to have the essence of a taste, to recreate a taste sensation, then it needs to evoke the taste buds into having a similar experience, not trying to recreate something rather badly! So that’s where this recipe comes from – it’s an entirely cheese free Mac and cheese which gets its rich umami flavours from marmite and mustard powder ( if you can tolerate it) which gives a deeply satisfying totally savoury flavour, one that evokes a taste of Mac and cheese without the weird stuff. Having made versions before with dairy free cheese or nutritional yeast ( both too cloying) to not much success I can safely say this is the first really delicious and successful dairy-free Mac and cheese we’ve come across.

It’s also a fantastic recipe for adding and altering – we’ve found it delicious with added shredded kale (just add fresh and it cooks whilst baking giving lovely soft bits and then crispy bits from the top too), cherry tomatoes tucked into the creamy sauce or Roquito pepper pearls. 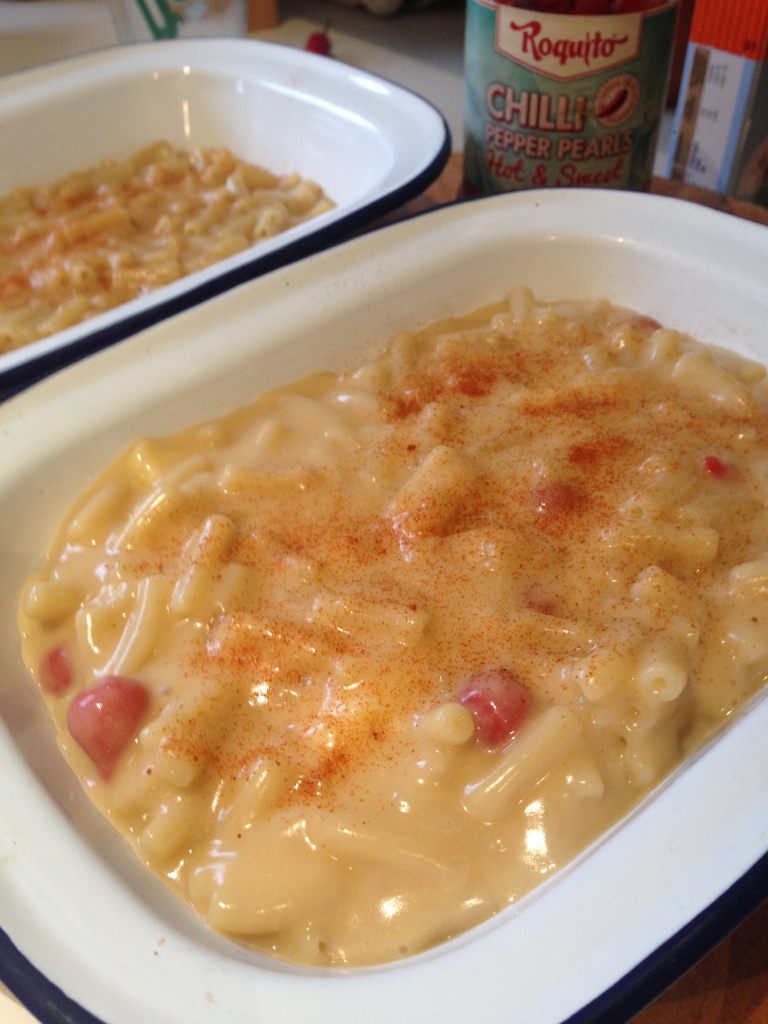 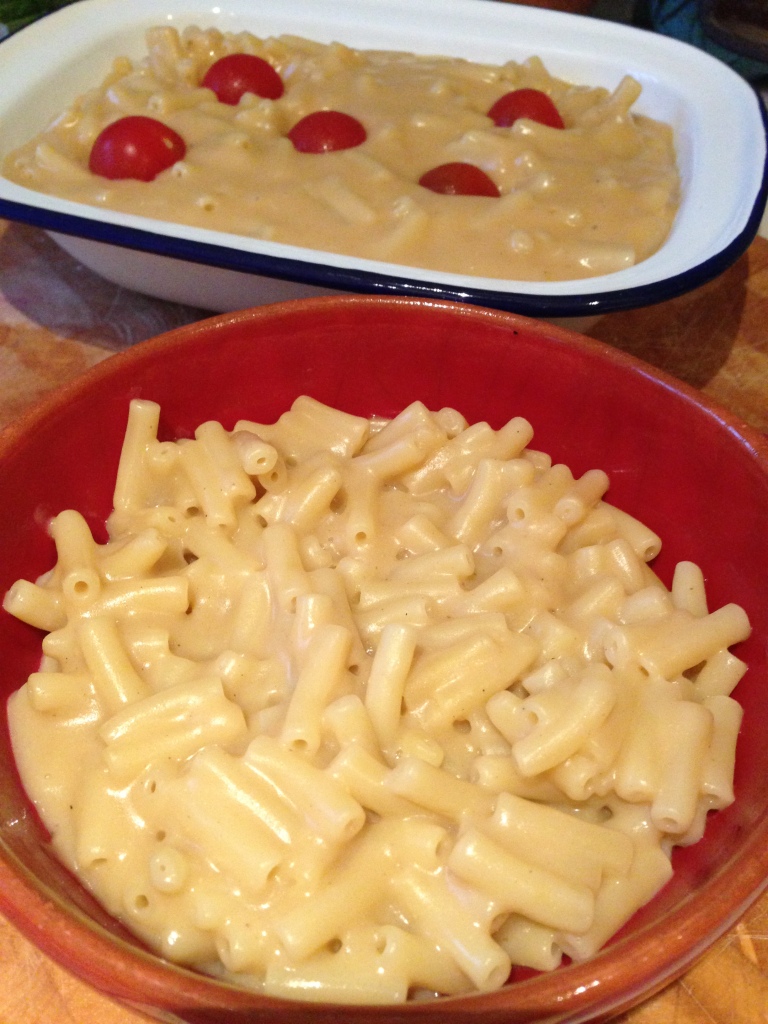 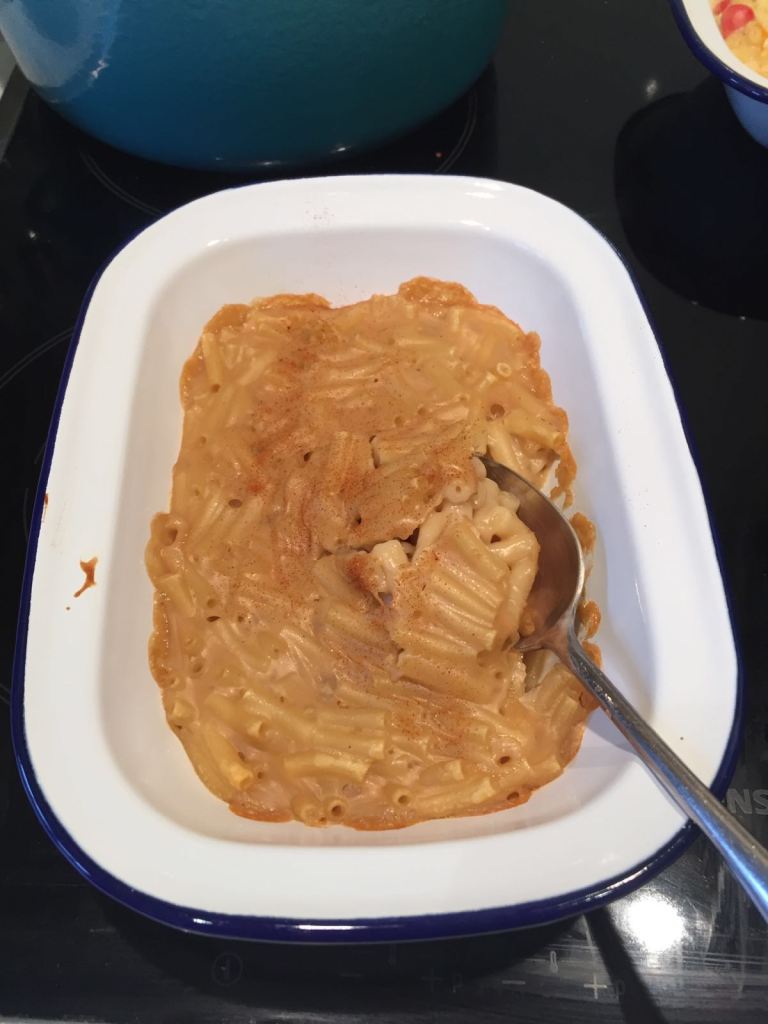 4 thoughts on “Marvellous Mac and ‘cheese’”

Holidays in Greece with allergies