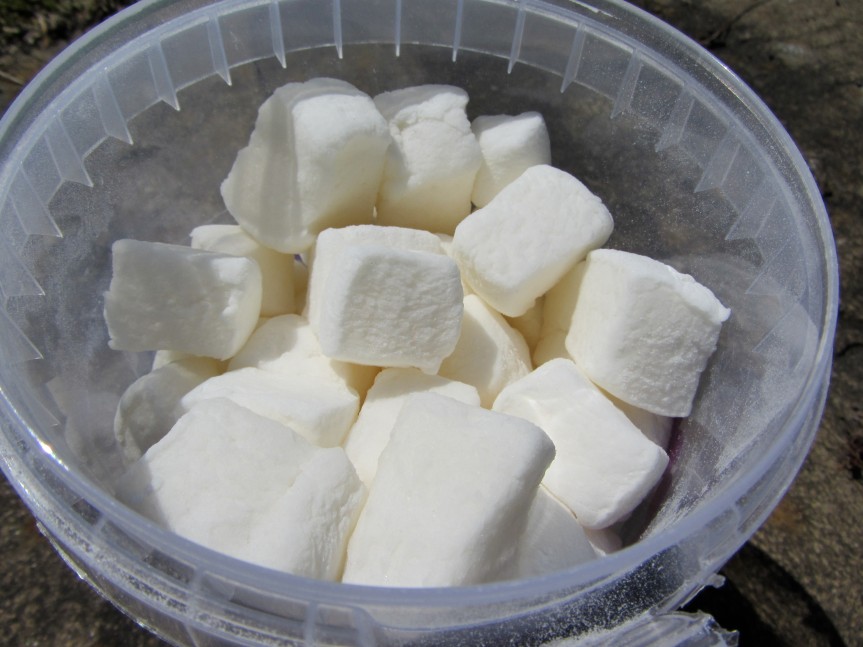 As a vegetarian (non-gelatine eating) it’s been a very, very long time since I’ve eaten a marshmallow. I’ve read about vegan marshmallows, but only today managed to find some (in Fuzzi, Winchester). I have to say that as far as i remember they’re pretty authentic, but it was rather bizarre eating something that is normally so un-veggie friendly!

These are made by Sweet Vegan and contain no gelatine or artificial colours or flavours. They’re made from Fair Trade sugar, water, glucose syrup, carrageenan, cornflour, soy protein, confectioner’s sugar and natural bourbon vanilla flavour. They also do other flavours… may have to place an order!

My girls, who do eat conventional marshmallows were also rather partial to them, so I’d say they’re a pretty good, authentic veggie-friendly version. Expensive yes, but also soft, gooey and very marshmallowy – perfect if you’re a veggie/vegan craving some marshmallow pillowy softness 🙂

One thought on “Vegan Marshmallows!”

Franco Manca – turns out it’s a good choice for allergies